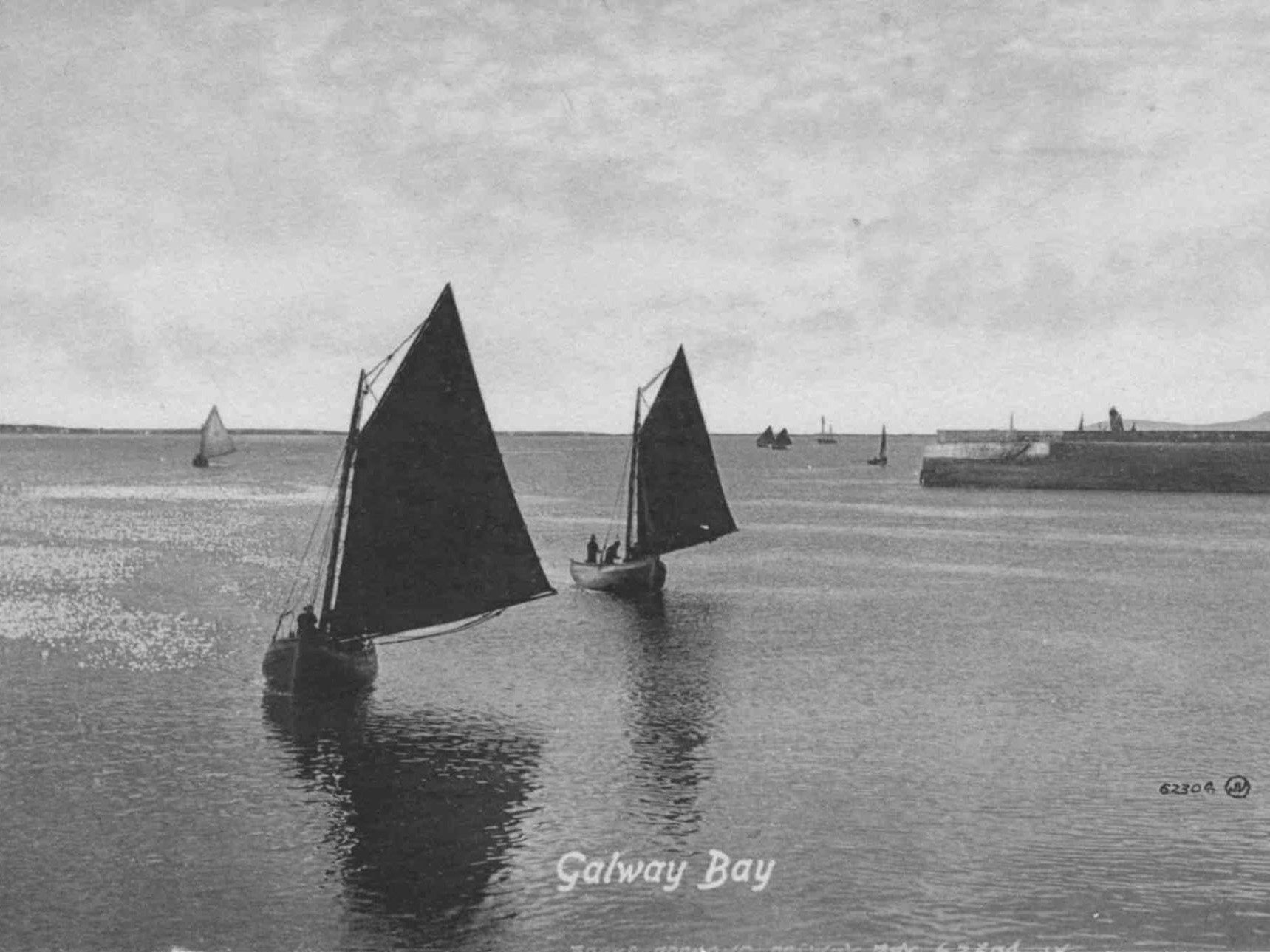 Boatbuilder Cóilín Óg Hernon discusses the various parts of the Galway Hooker boat and boatman Ciaran Oliver follows with a short history of the Claddagh fishing village, which was once home to a large fleet of these distinctive boats.

With their distinctive black hulls and eye-catching rust-red sails, Galway Hookers are the traditional boats of Galway Bay. Having evolved to withstand the rough Atlantic seas, these boats were traditionally used for fishing and for transporting cargo – turf, seaweed, limestone, livestock and general supplies – around the coasts of Galway and North Clare. They consist of four types of boat, known in Irish as Bád Mór, Leathbhád, Gleoiteog and Púcán.

The Claddagh was once home to the largest fishing fleet in Co. Galway. In the nineteenth and early twentieth centuries, this village of small thatched houses was occupied by Irish-speaking fishermen and their families, and headed by an elected king.

From a family of expert bádóirí – sailors and boatbuilders – Cóilín Óg Hernon hails from Carna in Connemara. He learned the boat-building trade from his father, Cóilín Hernon. The Hernons are currently restoring a small Galway Hooker named the Loveen on behalf Galway Hooker Sailing Club, which will be launched later in 2021.

From the workshop of the Galway Hooker Sailing Club, Cóilín Óg uses a model of Galway Hooker and a full-sized boat, the Loveen, which is currently being reconstructed, to demonstrate the various elements of the iconic boat.

Ciaran Oliver comes from the Claddagh, said to be the oldest fishing village Ireland. His family still fish to this day and he is heavily involved in the preservation and restoration of the city’s fleet of Galway Hookers through the local Galway Hooker Sailing Club. Ciaran’s great granduncle, Martin Oliver, was a former ‘King of the Claddagh’. The full-sized Galway Hooker, which hangs from the atrium of Galway City Museum, is named the Máirtín Oliver in his memory.

Ciaran discusses the history of the Claddagh fishing village, sharing old and new photographs to show how the village has changed over time. Can you recognise any of these areas?

History:  Strand (Unit) Local Studies (My Locality Through the Ages)