Keepers of the Gael is an exciting, new, multi-media exhibition which was officially launched by Raghnall Ó Floinn, Former Director, National Museum of Ireland on Tuesday 1st October 2019 at in the museum foyer.  Other speakers included Deputy Mayor of the City of Galway, Cllr. Donal Lyons, Exhibition Curator, Prof. Elizabeth Fitzpatrick of NUI Galway and Museum Director, Eithne Verling.  Harp music was provided by Maura Ó Cróinín, Director of the Galway Early Music Festival.  The exhibition explores aspects of Gaelic culture and society in Ireland through the lens of the learned families of historians, lawyers, physicians, poets and musicians who served Gaelic and English ruling families in Ireland between AD 1200 and 1600. As hereditary keepers of the arts, learned families framed the worldview of Gaelic peoples.

The artefacts on display come from national and international collections such as the National Museum of Ireland, the Royal Irish Academy and the British Library.  Among the highlights of the exhibition are the meadar or drinking cup of O’Tully, who was physician to some of the major Gaelic families of Connacht, the beautiful reproduction of a cláirseach crafted by the harp-maker and harpist, Natalie Surina, and parts of the 16th-century book of the brehon lawyer Donall O’Davoren and his school, reunited for the first time in almost 200 years.  The exhibition also features images and interactives that highlight the reputed origins of the Gael, their customs and cultural practices, the territories, landscapes and settlements in which they lived their lives, their relationship with the sea and with the Church, and the influential roles that the Gaelic arts and their practitioners played in society.

Conceived as a journey into a culture-group identity on the island of Ireland over a 400-year period, the theme has immediate relevance for contemporary society. It shows how Gaelic peoples understood and projected themselves, how they were viewed and understood by others and how their sense of self was transformed over time.

In an era when cultural and ethnic identities are being contested, threatened and reasserted worldwide this exhibition aims to demonstrate, through views of the Gael, that the past can enlighten some of the critical issues of human identity in our contemporary world; who we are, or who we think we are is complex and mutable, and lies at the heart of this exhibition.

‘The human concern with uniqueness is a contemporary issue in society, with a long history. This exhibition theme looks at Gaelic identity on this island, as a contribution to understanding who we are.’ (Professor Elizabeth Fitzpatrick, NUIG, Exhibition Guest Curator)

‘We are delighted to bring you this wonderful new exhibition – full of fascinating information and displaying a great richness of objects, ideas and art.’ (Eithne Verling, Director, Galway City Museum).

This exhibition will run until Winter 2022 and can be accessed on the first floor gallery from 10am to 5pm Tuesday to Saturday.  Admission is free! 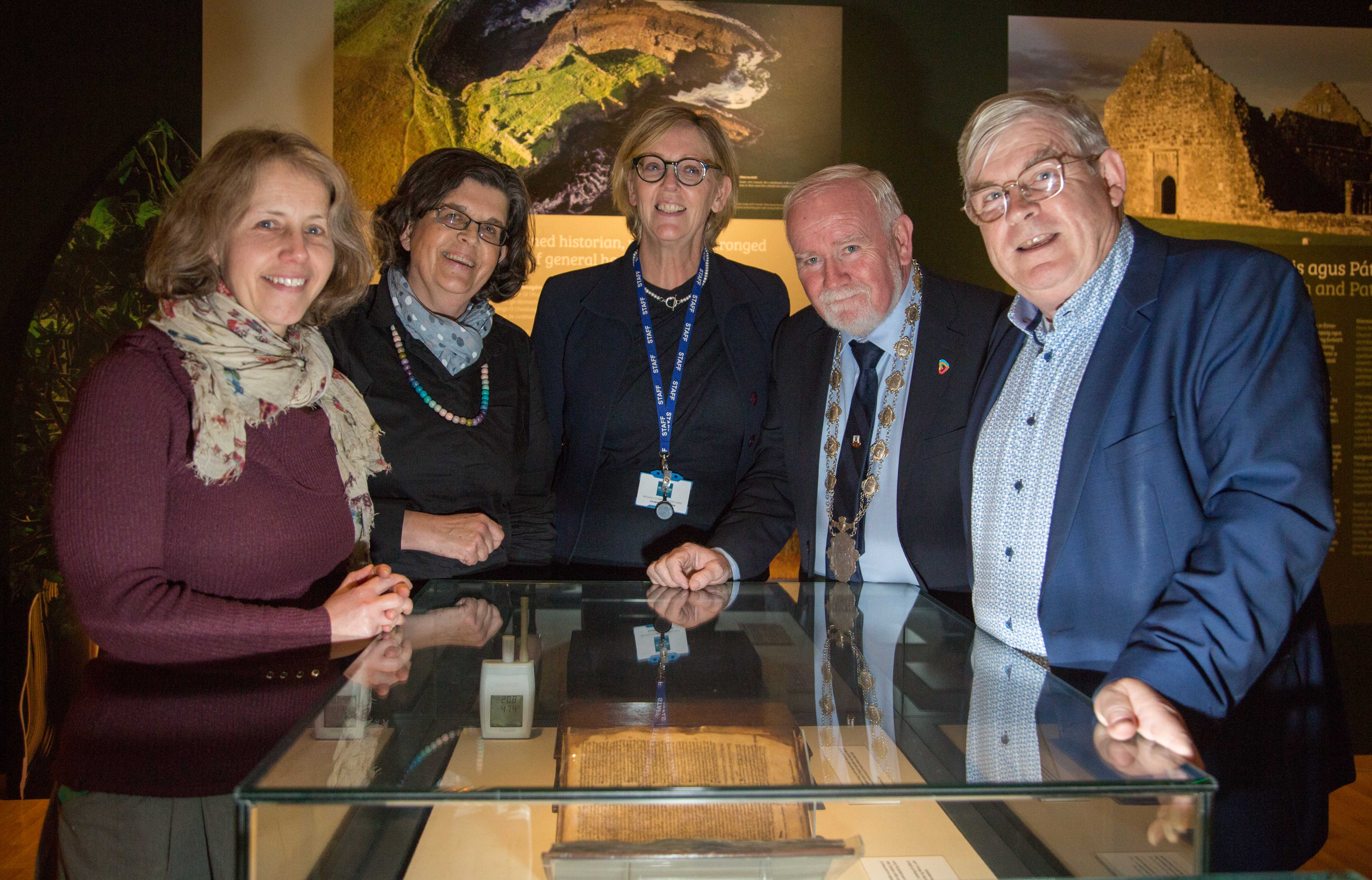