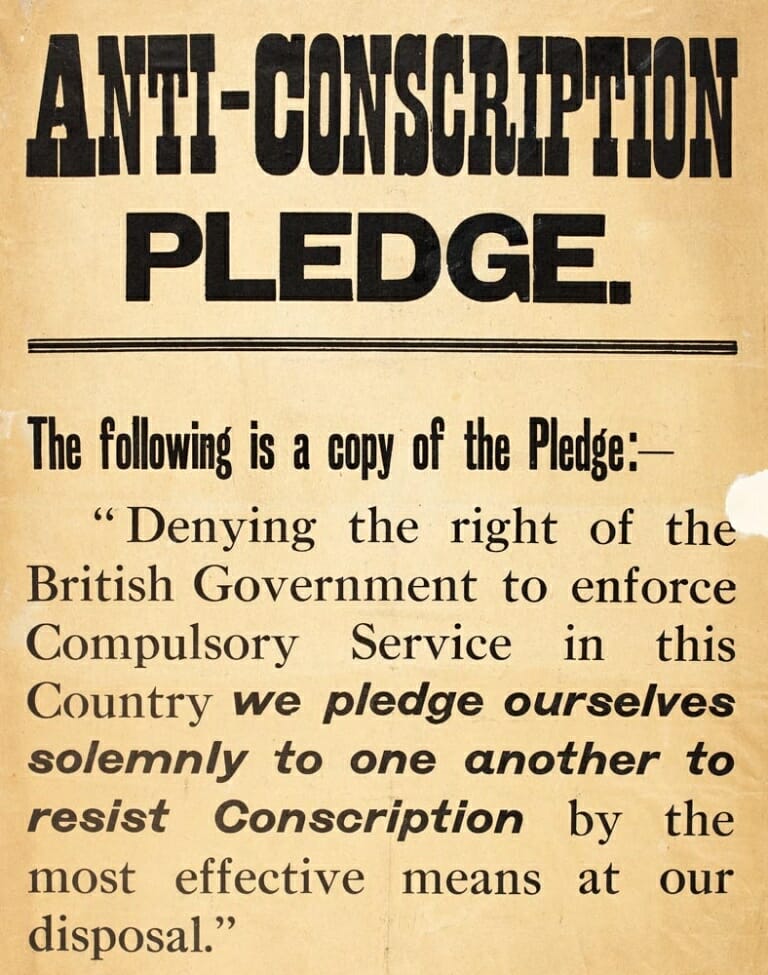 In April 1918, as the Great War dragged on, the British Government attempted to impose conscription (military draft) in Ireland. The move was strongly opposed by trade unions, the Catholic Church and all nationalist parties. Join Dr Conor McNamara, NUI Galway, as he discusses the crisis and its far-reaching implications, with particular reference to Galway.
Age 12+