From our Dominican collection, a silver eighteenth-century reliquary, complete with a key, which contains a human skull. The reliquary has three glass panels framed in silver with a copper door at the rear. The base panel is also copper and the reliquary stands on four bulbous feet. The silver platform, which has a silver pillar at each corner, and a decorated dome with an orb and finial cross, is stamped in four places with the initials of its maker Richard Joyce ‘R.I’.’

An inscription around the dome attributes the skull to St Ursula and reads:

The skull was reputedly brought to Galway from Rome, Italy by Sr Margaret Joyce, a Dominican nun, believed to be a niece of Richard Joyce (Ticher 1977). It is likely the reliquary was commissioned especially to house it. The skull sits on a crimson velvet cushion adorned with stringed pearls of unknown date.

The Dominican Sisters established a community in Galway in 1644, residing originally at New Tower Street, now St. Augustine Street. After fleeing Galway during the Cromwellian occupation of 1651/2, Sisters Mary Lynch and Julian Nolan returned from exile in Spain in 1686 and re-established a convent at the Slate Nunnery, Kirwan’s Lane, where Busker Browne’s is now. In 1845 the Sisters moved to the Convent at Taylors Hill, Galway.

From the Hearth Money roll for Galway in 1724, Richard Joyce was known to have resided in Shop Street, Galway and from the marks on various pieces, was producing silverware from 1691 until at least 1737 – Joyce also used the mark for Galway town, an anchor in a shaped stamp (Mulveen 1994, 51; Ticher 1977).

Some of the earliest Claddagh rings also bear the initials of Richard Joyce (RI). According to tradition, Joyce learned his trade from a Turkish goldsmith. Having been captured en route to the West Indies by an Algerian corsair or pirate, Joyce was purchased in Algiers by a wealthy Turk who taught him his trade. Joyce eventually returned to Galway where he established his own goldsmith shop (Hardiman 1820).

Hardiman, J., 1820 The history of the town and county of the town of Galway: from the earliest period to the present time. Dublin.

Mulveen, J., 1994 Galway Goldsmiths, their marks and ware. Journal of the Galway Archaeological and Historical Society 46, 43-64. 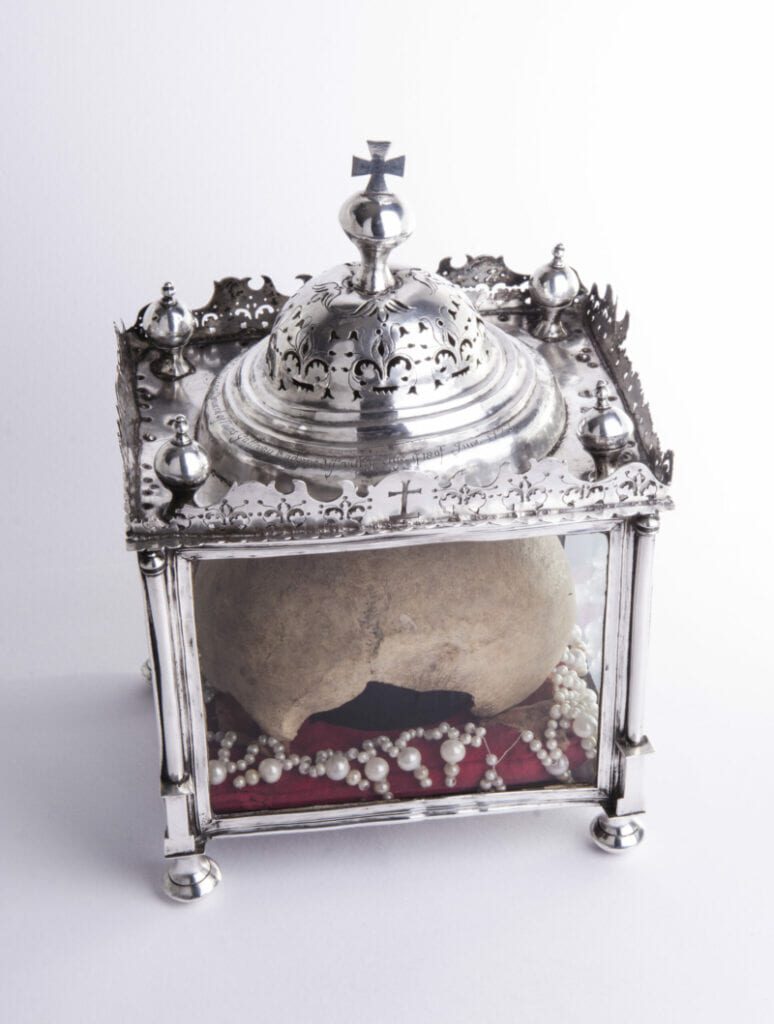 Visit Us
take a virtual tour
back to collections
NEWSLETTER