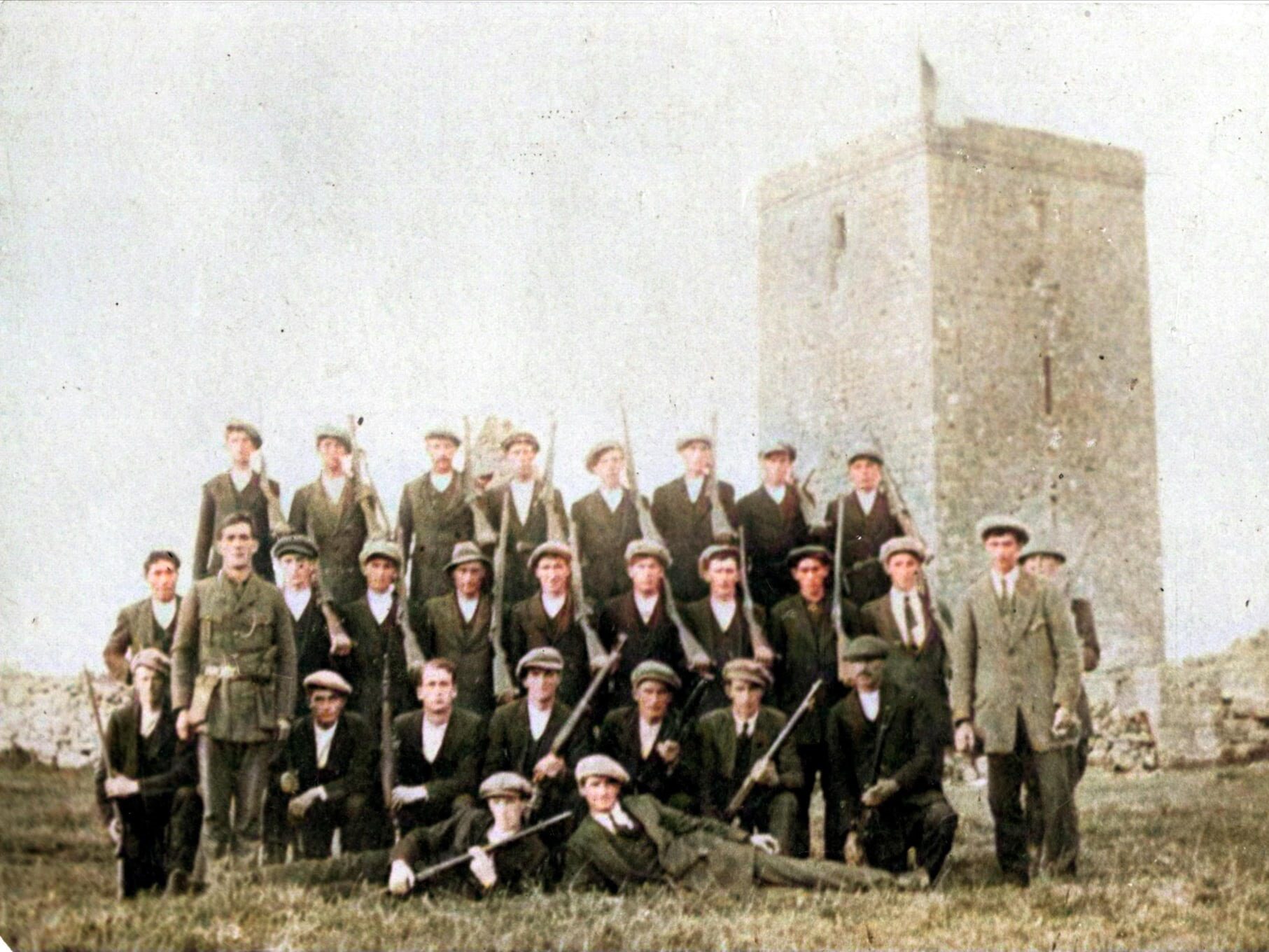 IRA volunteers from the 2nd Battalion (Claregalway, Annaghdown and Kilcoona) of the Mid-Galway Brigade at Killeen Castle, Castlegar, 1921. Approximately one third of the men in the photograph participated in the Kilroe ambush. Courtesy of Cathy Fahy. Colourised by Brendan McGowan

One hundred years ago today, on 18 January 1921, a group of Irish Republican Army (IRA) Volunteers ambushed a party of Auxiliaries at Kilroe, about 7 kilometres southwest of the town of Headford, Co. Galway. That night, infuriated by the attack, Crown forces responded by burning houses, barns and crops in the vicinity of the ambush, firing indiscriminately at civilians, and killing one man. Four days later, Crown forces rampaged through north Galway, killing another three men in separate incidents near Headford, Caherlistrane and Ballyglunin.